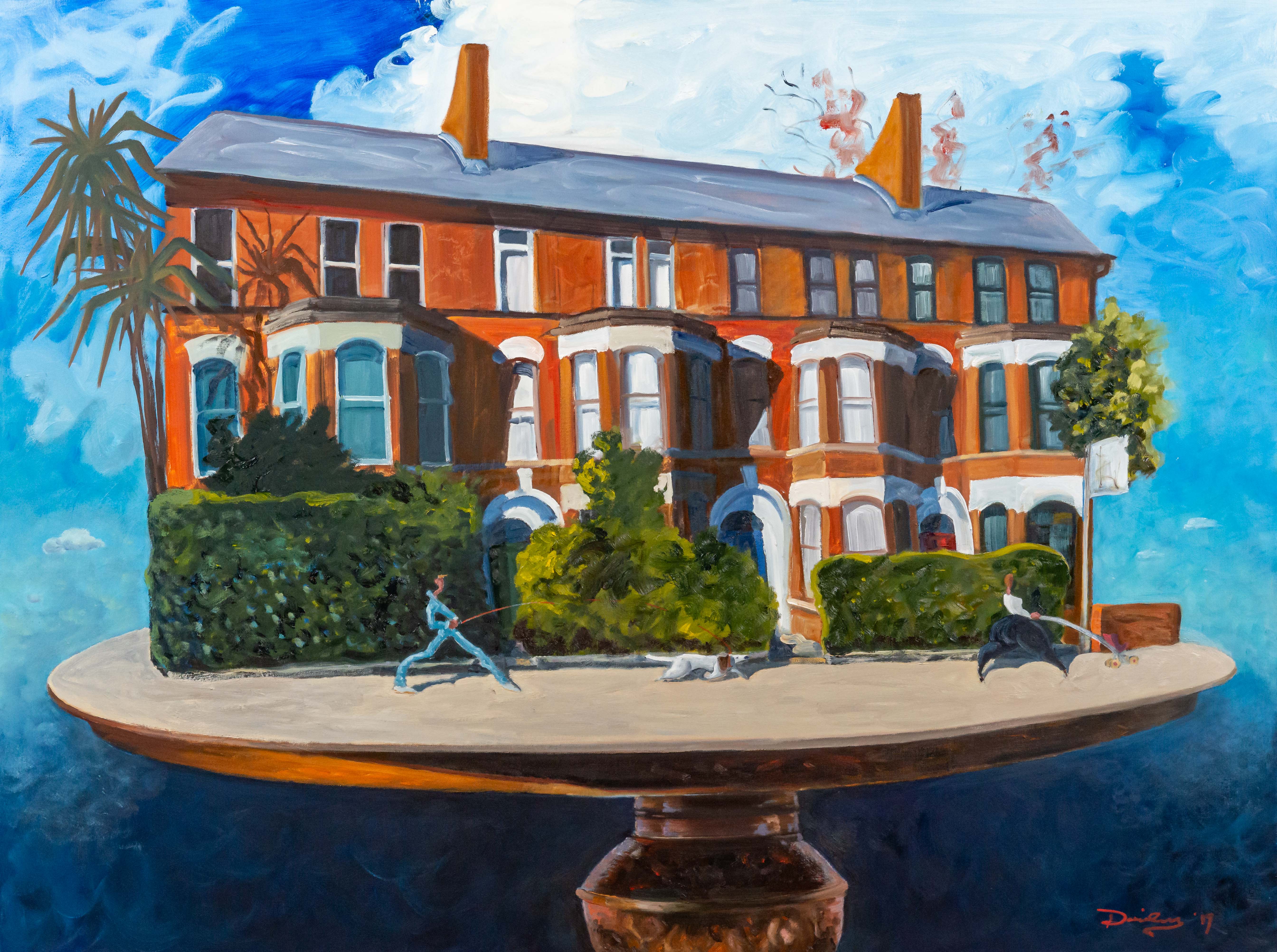 Dan Dowling was born and educated in Belfast, Northern Ireland. He is self taught and has always thought of his art as a journey of self discovery. In his early work, as a sort of catharsis, he made images of his everyday life in his native North Belfast and developed a distinctive figurative and narrative style. An Award from the Arts Council NI allowed him to travel to Spain and spend three months working in Barcelona. Later, commercial success allowed him to return to Spain and then Italy. He became an observer of life, a people watcher and he recorded what he saw. In his current work he has not totally abandoned the figurative style but colour, space and texture have become a more important means in a search for identity. The titles in Irish not only give an interesting disconnect but also reflect his interest in the Irish language and culture. Dan Dowling has exhibited in Belfast, Dublin and Barcelona and is an associate member of the Royal Ulster Academy of Arts. For further information go to www.dandowling–artist.com